This almost went well. Had too many busted bales. Thought maybe I was feeding too heavy of a windrow. Thought about it again & remembered stuffing a lot more into that baler. So, I've been going over the knotters in my spare time. Nothing is worn too badly, just a touch out of adjustment & I don't think you could cut butter with the twine knives. Oh well. At least the hay is off the field & I know the score with my machine. Should have everything better orchestrated by next cutting. As an aside, it's hard to believe this baler is now worth about three times what I paid for it a little over a decade ago.... & I thought I paid too much for it then. :vD Regards!! 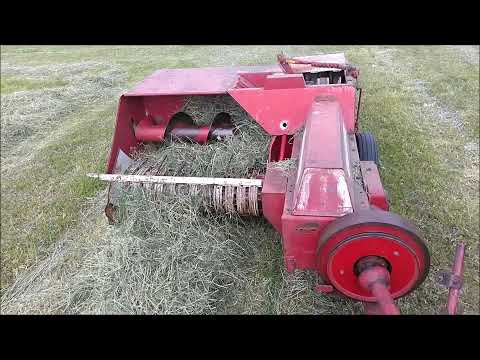 Will This Tractor Start After Sitting For 20 Years?