The communist countries formed or expanded state farming sectors, in most
cases involving collectivization of agriculture, and in all cases including a
smaller sector of state farms that emulated large-scale capitalist farms. These
countries tried to modernize their farming, using capitalist farming as the
model. Yet because of their poverty and their ideology, their trade and
technology contacts with the capitalist world were limited.
Agrarian policies in Eastern Europe were central to the Cold War. In
almost all of these countries agriculture was the largest economic sector, and
a small class of large landowners had considerable power. The communists
usually began by installing a communist agriculture minister. He would
introduce a land reform that confiscated landlord estates and divided them
among the peasants. This weakened the landlords and won support from
peasants, both essential steps to communist takeovers.
Once in power, the communist regimes began to collectivize agriculture.
They approached it more cautiously than the USSR, but employed similar
tactics, such as removal of the “kulaks” from the villages, and encountered
varying levels of resistance. Bulgarian peasants, accustomed to communal
villages, accepted collectivization and increased food production with government support. In Poland peasants and officials resisted collectivization
until the 1956 crisis, and then abandoned it.
The Soviet Union after the Second World War was devastated, especially
the farms. After more than 25 million deaths in the war, Soviet farms had a
labor shortage, and lost many horses and tractors to military requisitions
and Nazi scorched-earth tactics. By 1945 most farm workers were women,
who often had to pull the plows themselves. The 1946 drought reduced an
inevitably small harvest and brought a famine that caused two million
deaths. The system recovered from this disaster, as in the 1930s, with food
rationing and intensive farm work, but the retention of the high procurements quotas and low prices of the war era left peasants impoverished and
hostile.In a remarkable event in Soviet agriculture, from 1948 until the mid-1960s
Soviet agricultural research came under the control of a pseudo-scientist who
persuaded Stalin that Soviet farming did not need “Western” science. 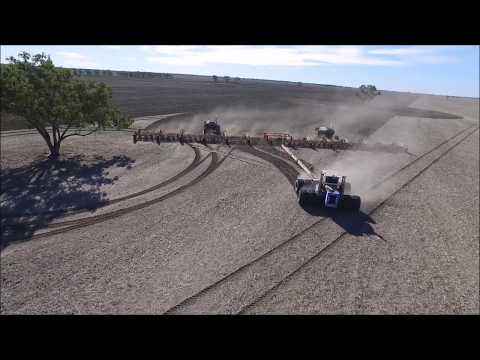