A magnificently restored 1955 Allis Chalmers Model G out for a drive. The G was produced from 1948 until 1955 at Allis's Gadsden, Alabama factory with production ending at just under 30,000 units. Power is provided from a tiny, four cylinder Continental AN62 that develops just slightly more than 10hp. The model G was designed as an implement Carrier for use in gardens and small farms and as such, Allis Chalmers offered an extensive line of belly mounted implements for it to use. This example is one of the last 500 produced. Filmed at Pioneer Acres, Irricana, Alberta. 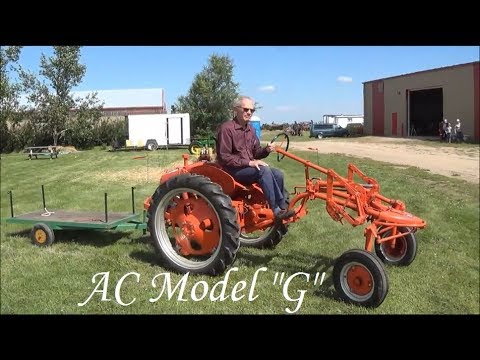 Tedding Hay with the Farmall MD

Combining Mud at The Orange Spectacular 2011 - 2