I´m from Germany, and I grew up watching these old Lanz Bulldogs, cause we had a Tractor Festival near my hometown where they had a big Lanz community. There are a lot more cool and fascinating things to tell about those machines! You had to heat up the top end of the cylinder when cold starting the engine. You had an oil lamp coming with the Tractor just for that own reason and there was a hole under the brown part of the cylinder head right at the front, you can see it at 0:40. Russian licensed fabricators ( called URSUS) also built those, the older generation always told stories that the russians even had to make a fire under the cylinder head to heat it up. You can´t imagine what it takes to cold start that engine by hand! The guy in the video did it so easy because the engine was hot already. The reason this engine could stay at ´0 RPM´was that the farmers could just let the Lanz run through their breaks or when they had to do other stuff, so the tractor didn´t need much fuel, because it was so hard to start it back up again when it cooled down. They even built so called `Schnellfahrtraktoren´, faster models for the street that could go up to 40-50mph! Circuses where their biggest customers back in the days. The coolest thing I always loved as a kid is that at some rpm the exhaust gases always formed a smoke ring out of the exhaust, you should definitely watch a video of a Lanz doing that! My friend has one of these. His, I believe, is older than a 1952. And his you have to pull out the steering wheel, which has a rod on the end of it, stick that rod in the tractor, and rock it back and forth. Once the tractor is running, you have to grab this smaller free-spinning wheel in the center of the steering wheel, pull the steering wheel and rod out while the tractor is running, and put the steering wheel back in it's correct place where is just kind of fits down into the steering column, then you can drive the tractor. And just like this one, you have to let the tractor decide which direction it wants to start off on.
I have a 2-1/2 ton army truck that will run backwards. I found this out one day when I tried to bump start it going down a hill backwards. I messed up and had it in a forward gear. It was so strange - I almost caused a wreck because no matter what gear I put it in, it seemed to go the wrong way. It only occurred to me what was going on after I saw smoke coming out the air filter. I quickly shut it down and used the starter and all was well.
My first motor bike was 2 stroke. I was told not to let it idle too slowly at traffic lights because it could actually decide to suddenly run in reverse. Letting in the clutch would have then been a nasty surprise! It never happened even though I tried once or twice when my rear was clear. 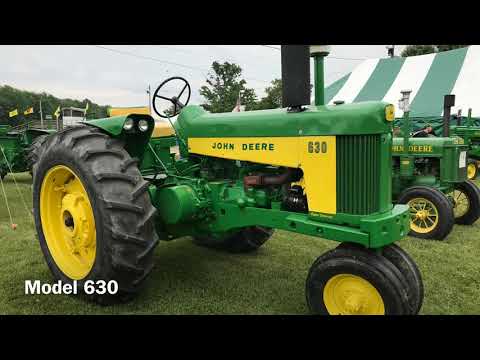